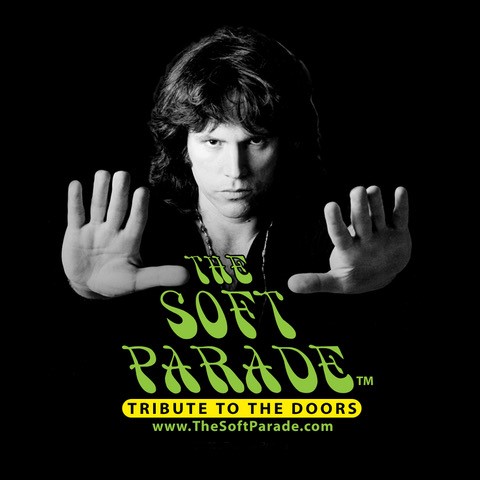 The Soft Parade is revered worldwide as THE premiere Doors tribute show. They recreate, with stunning accuracy, the primal, poetic atmosphere of a vintage Doors concert.

The Soft Parade pioneered the concept of the tribute band decades ago, and have achieved international success as the very first authentic Doors tribute show. The Soft Parade’s impeccable reputation for stunning audiences by recreating the look, atmosphere and sounds of a real, live Doors concert quickly brought them world class status as an international touring band performing to massive crowds in theaters, stadiums and festivals in over 20 countries.

The Soft Parade was the first-ever band to utilize vintage gear, instruments, clothing and look-alike members to recreate “The Doors” live. They set the standard and raised the bar of excellence that they have maintained to this day. 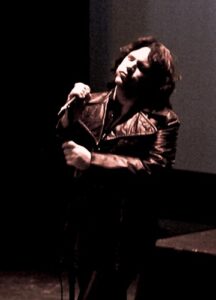 The Soft Parade has been joined on stage by Doors guitarist Robby Krieger and was endorsed by keyboardist Ray Manzarek when he signed a contract to perform a series of concerts as a member of The Soft Parade.

At the front of the show is founding member Joe Russo who hands down is the closest thing one can come to the real Jim Morrison. His published photo has been mistaken for that of Morrison hundreds of times and he has shocked audiences all over the world with his innate ability to channel the power, intensity and charisma of Jim Morrison and harness it on stage in front of a live audiences. It is beyond remarkable.

Once the world at large was made aware of The Soft Parade, they became instantly in-demand worldwide.

When Russo takes the stage with the other members of the band, Mike Abel (keyboards), Joe Bilotti (guitar) and Vic Ruiz (drums), together they create a living, spontaneous performance that is always edgy and exciting. Unlike most tributes, they do not impersonate and mimic the band, they musically and spiritually inhabit it. This is the major difference between The Soft Parade and most other tributes, They are “real”.

The Soft Parade has received top-flight press and acclaim for decades. They have a long list of impressive achievements, and have headlined, as a single act, virtually every show they have ever done.

No band has that kind of longevity and notoriety unless they can deliver …consistently. There is no end in sight..as long as there are fans of the Doors, there is demand for The Soft Parade.