In the late 60’s and early 70’s, Young people created a counterculture, and became known as Hippies. They created their own communities, listened to psychedelic music, embraced the sexual revolution and many used drugs to explore altered states of consciousness. Their music told stories, some against government, some against war and many about their free and open communal way of living. Much of the lifestyle, religious and cultural diversity promoted through the Hippie movement over 40 years ago can be found alive and well today. 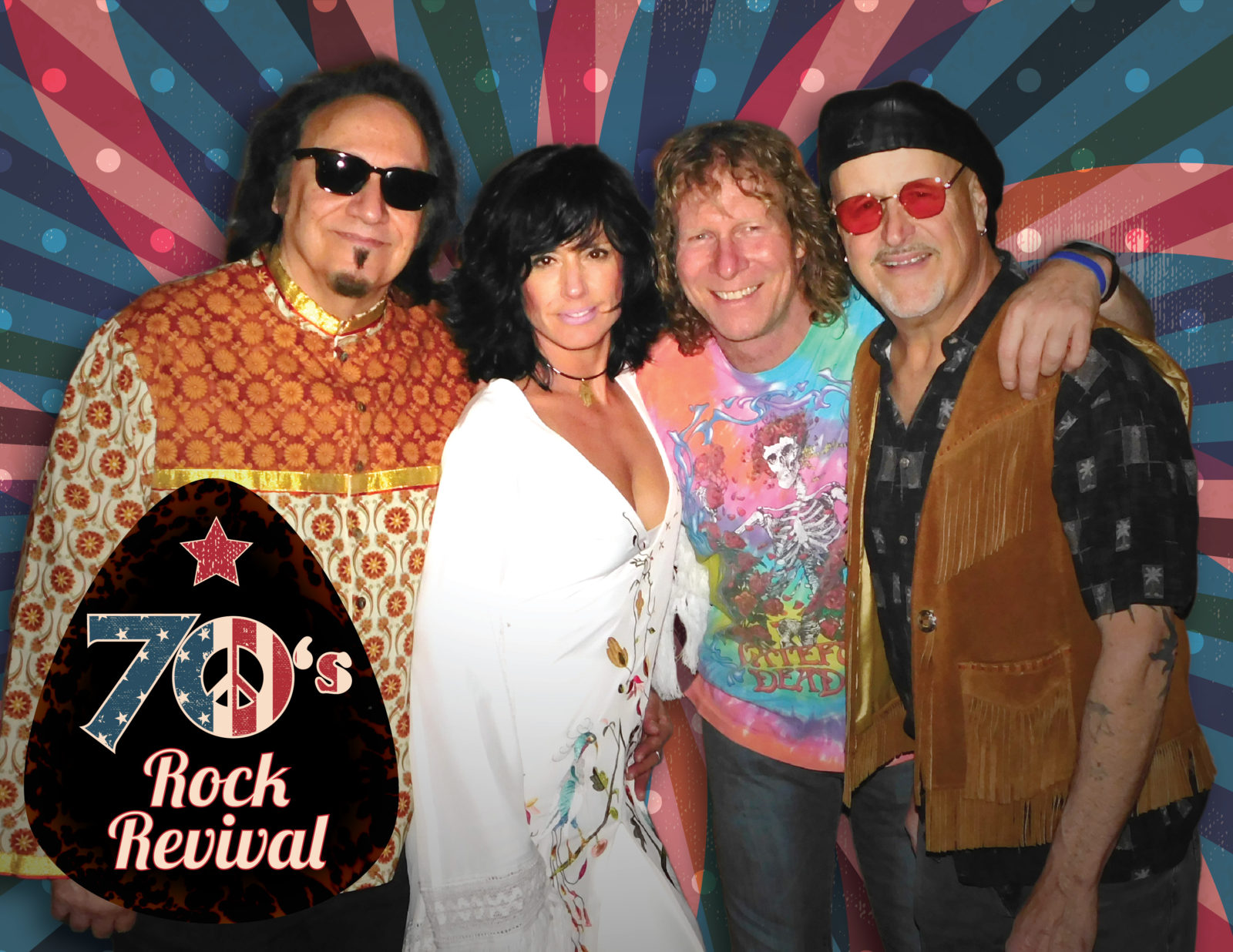 The 70's Rock Revival is a 4-piece band, led by Bob Rotondo, who toured with the Lonely Hearts Club Band (Beatles Tribute) for over 20 years. He has created this incredible tribute to the Hippie Culture as told through music. The 70's Rock Revival performs the music that changed a generation, highlighting legendary artists including: CSNY, The Doors, Rolling Stones, CCR, Led Zeppelin, Janis Joplin, Steve Miller Band, Fleetwood Mac, The Doobie Bros. Eric Clapton, Peter Frampton and Canned Heat.