The ultimate '90s tribute to Seattle's best! Stars Over Seattle is a super group collective of professional talent formed to pay homage to some of the greatest rock bands from the '90s grunge era including; Alice In Chains, Pearl Jam, Soundgarden and Stone Temple pilots.

The members of SOS have had solo careers, are involved in other rock groups, and are well-known in other music ventures including bands such as Lynyrd Skynyrd, Blackfoot, Jimmie Van Zant, Farewell To Fear, Circle65, Gone For Days and more. SOS members additionally have had the honor to perform and share the stage with rock legends Soundgarden, Alice In Chains, Shinedown, Stone Sour, Papa Roach, Sevendust, Filter, Fozzy, Three Days Grace, Saliva, Bret Michaels, Jackel, Great White, Kix, Kip Winger and more...

Dust off your flannel, lace up your Chuck Taylors and prepare for a night of nostalgia As SOS brings you back to the '90s to deliver a grunge Rock “N" Roll experience you'll never forget! 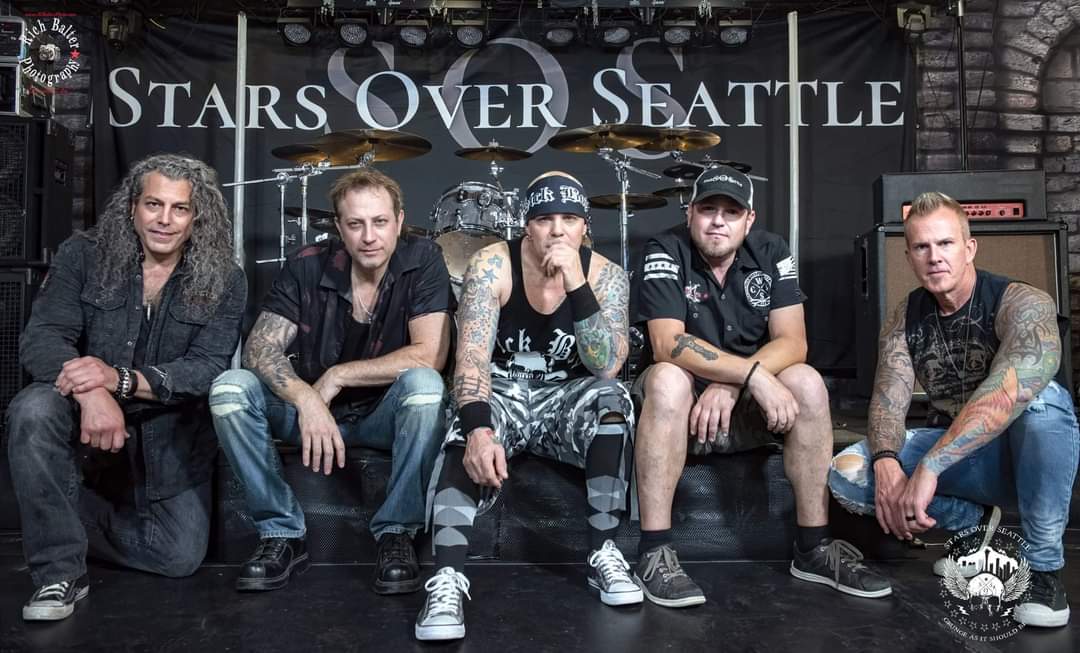